Another Great Joe Val Festival!—Part I

Once again the Boston Bluegrass Union pulled off another flawlessly-executed (at least as far as we spectators could tell, and that’s what counts!) Joe Val Bluegrass Festival, Presidents’ Day weekend at the Sheraton in Framingham.  At least this year there were no blizzards, nor as far as I know no rampant flu to keep bands away, so it must have been a piece o’ cake—right?  Well, we all can guess how much planning, organization, and hard work it must take to for an event to take over an entire hotel for three days—and it’s an all-volunteer effort, so congratulations to the BBU!

I missed Friday’s festivities, but did get to the main hall Saturday evening to see  The Lilly Brothers honored posthumously with the BBU’s Heritage Award.  Everett Lilly’s son Everett Alan came from California with songstress daughter Ashley, and took the stage to perform with another member of their band Song Catchers, and a few ringers from the Boston area, including Jim Rooney.

Rooney, of course, had known Everett and B, The Lilly Brothers from his days as a teenage country-music fan (see his book In It For the Long Run, now available as a full-length audio book, read by the author himself!—see HERE for download links).  Jim was kind enough to come by Hillbilly at Harvard Saturday morning, where we spent the better part of an hour talking about The Lilly Brothers and playing some of their music, including (of course) a selection from the recordings Al Hawkes made for his Event Records in Vermont, some 60 years ago.  Al himself was an Heritage Award recipient a couple of years ago, and joined Everett Alan Lilly on stage.  That’s Al in the red hat; click on any of the photos to enlarge them in a slideshow: 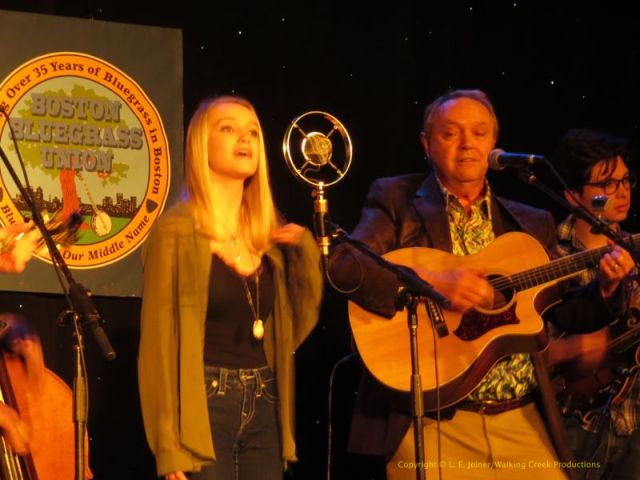 I decided to bring a camera to this festival.  So I’ll regale you with a few more photos.   Saturday I was using a Canon SX50 that I was trying, and Sunday my Rebel 2Ti with the Tamron 18-270 mm lens.  Neither lens is very good in poor light, and I was shooting from back in the audience, so the resolution isn’t great—and then they’re shrunk for this blog.  For better versions go to Flickr, HERE.  For professional work, see Darwin Davidson and Jennie Scott.

Junior Sisk and Rambler’s Choice were scheduled but unable to make the Festival last year (or was it the year before?), and I missed them in Raleigh at the IBMA World of Bluegrass in 2014, so it was a long-anticipated treat to catch their Saturday evening show at the JVF.  And fair to say that they tore up the place; this is just one hot band, in the best hard-drivin’ honky-tonk bluegrass tradition; I’ve been a fan of Junior since his days on Rounder, and have been playing the string of terrific new albums on Rebel a lot.   Big news (to me): Junior has just jumped to Mountain Fever Records, with a new album in the works called Poor Boy’s Pleasure.

This is a tight and entertaining band, with virtuoso performances by the individuals.  I was especially impressed with how Jamie Harper on the fiddle drove one selection after another; some shots (missing Jamie and banjo player Jason Davis); click to enlarge in slideshow: 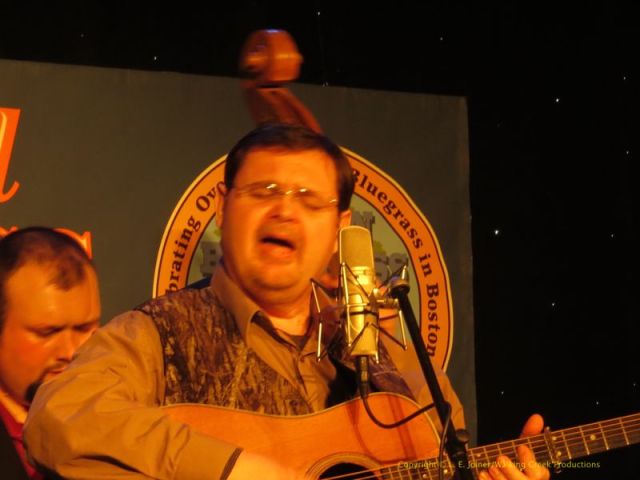 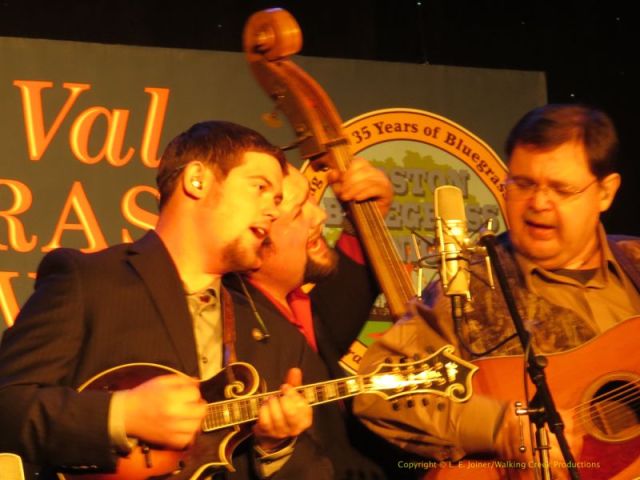 I had never seen Steve Gulley before.  His records did not prepare me for what a good singer he is; he has a slightly husky voice, like Vince Gill‘s, but on stage he can cut loose (as Vince can) with a rich tenor that will carry a country song to new levels.  Here’s Steve Gulley and New Pinnacle; they were joined mid-set by multi-award winner Dale Ann Bradley; they are clearly old friends, and their camaraderie was evident (click a photo to enlarge with slideshow): 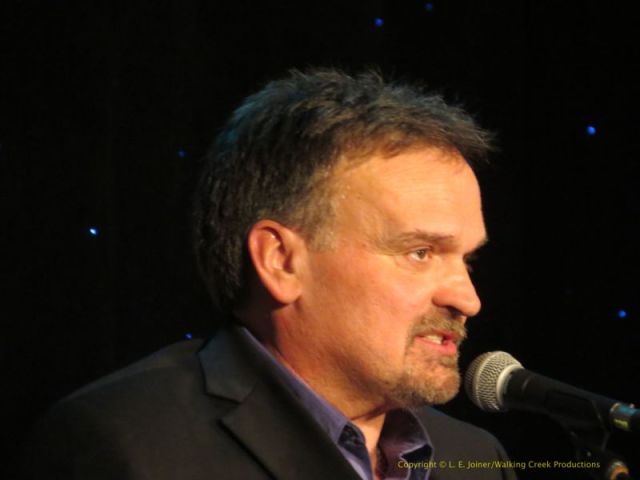 3 Responses to Another Great Joe Val Festival!—Part I